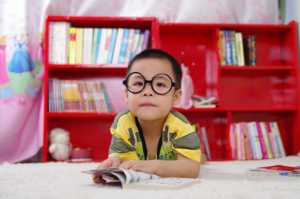 Modern forms of technology have proved spectacular in bringing together people from around the world that were unable to communicate before. With that, we find ourselves with new knowledge readily accessible as long as a decent Wi-Fi connection is present. With a click of a mouse or the opening of a browser window, learning any subject imaginable becomes possible. Children, especially, have been at the forefront of this revolution. Their remarkable ability to absorb knowledge is one of the reasons parents often fill up their daily schedules with multiple extracurricular activities. Unlimited access to technology has provided children with great opportunities for furthering their education.

Why Bilingualism is Valuable in Today’s Society

While most children in America are involved in some form of a sport or afterschool team, very few in comparison are involved in learning a second language outside of their native one. According to the Atlantic, only seven percent of American college students are enrolled in a college-level language course, while only one percent of American adults are proficient at a foreign language. Students in Europe and various parts of Asia and Africa learn multiple languages at once because their geographical proximity to other nations and cultures often forces them to. Americans can sometimes find themselves isolated from the rest of the world, purely based on the size of the nation alone. In order to raise children that are culturally aware and sensitive of the presence of other ethnic groups, it’s important to provide them with the tools to do so.

The Positive Effects of Learning a Second or Third Language

The wonderful part about this undertaking is that it isn’t necessary to take your child on a world travelling extravaganza to expose them to the wonderfully diverse world we live in. Teaching them a second, or third, language outside of English, or their native language, can have the same effect. Learning a second language is a great way to connect with a different culture in a profound way, but the effects it has on our brain chemistry, particularly on a child, is impressive! It’s been shown that learning a second language from a young age can greatly improve memory skills and auditory ability, while simultaneously bettering their ability to concentrate on individual tasks. This increased focus can serve as a gateway to advanced critical thinking skills, high levels of creativity, and greater understanding of other cultures as your child continues his foreign language education. Additionally, it’s been shown that bilingual children can develop greater empathy skills.

A greater fact, one that your wallet will thank you for, is that absurdly expensive private tutors or group classes aren’t necessary! There are inexpensive apps, child-friendly books, and online games/activities that could provide your child with the introduction to a new language in an enjoyable way, without the intimidation factor of a formal class setting being present. Some of the most popular apps include Penyo Pal for French, ChineseSkill for Mandarin, and Duolingo, which offers many different languages.

If you or your partner speaks a second language that you would like your little ones to learn as well, call the Nanny Authority today! We have excellent nannies that speak multiple languages, and they would love to be placed with a family like yours! For more information, contact a placement specialist at 973-466-2699 or via e-mail today!