41 Activities We Know Your Child Will Enjoy this August 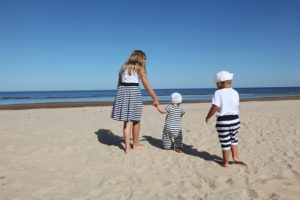 School will be here before parents and children know it! Take advantage of the remaining summer days to partake in these outdoor events and activities taking place in and around New York City, including the Long Island and Hudson Valley areas. Additional events in New Jersey and Connecticut are also highlighted below.

Bronx Zoo Treetop Adventure: The Bronx Zoo Treetop Adventure is a separate park area on the grounds of the Bronx Zoo, located at 2300 Southern Boulevard, Bronx, New York. It is a two-part adventure, and children over the age of seven can choose to zip line, climb, or do both. Tickets to the enclosure are separate from tickets to the zoo. Another recent addition to the Bronx Zoo is the Nature Trek, a chance for children to explore bridges, walkways, and tunnels.

Kids to the Rescue: Kids to the Rescue is an interactive exhibit geared toward children ages 3 to 7-years-old. The program promotes fire safety, and teaches children how to conduct themselves in the event of a real-life emergency. It is held at The Jewish Children’s Museum, and is located at 792 Eastern Parkway, Brooklyn, New York.

Green Teens: The Green Teens program at the Long Island Children’s Museum is for teenage volunteers to develop hands-on experience working with nature and the environment. They can also discover more about alternative energy, water, and habitats. The Long Island Children’s Museum is located at 11 Davis Avenue, Garden City, New York. While you’re visiting the museum, peruse their Our Backyard exhibit.

Summer on the Hudson: Movies are shown every Wednesday, up until August 16th, at Pier 1. Pier 1 is located in Riverside Park South, on West 70th Street. This week, on August 2nd, catch a showing of the beloved 1979 version of The Muppet Movie. Parents should pack a picnic and settle in for a night on the pier. Families should also make their way to the West Harlem Piers on Tuesday, August 8th, to participate in child-friendly Game Days.

Hudson River Flicks: Additional movie nights are held all across Manhattan, including Family Fridays at Pier 46 in Greenwich Village. On Friday, August 4th, kick-start your weekend with a showing of Sing, a delightful movie for the whole family to enjoy. Pier 46 is in Greenwich Village, at the Charles Street cross street.

Train Your Eyes to be Tick Wise: Summer is tick season, and what better way to prepare parents and children than to participate in a tick safety class? This program takes place on Friday, August 4th, and is appropriate for children ages 4 to 8-years-old, accompanied by a parent. Return to the Quogue Wildlife Refuge on Monday, August 7th to participate in the Full Moon Night Hike. The refuge center is located at 3 Old Country Road, Quogue, New York.

Family Fun Day Boat Tour: On Saturday, August 5th, visit Pier 11 for an exciting and family-friendly adventure on the water. Young participants will receive a workbook that they will use to identify items in the waterfront. At the end of the two-hour tour, a maritime expert on board will “certify” that the child has been made an “Honorary Captain.” The tour departs from Pier 11, located on South Street between Wall Street and Gouveneur Lane, and travels to Port Newark/Elizabeth marine terminal.

Fantastic Tunnel Books: Many children love learning and interacting with trains. A great way to discover more about them is the Fantastic Tunnel Books exhibit on display at the New York Transit Museum on Saturday, August 5th. As part of the program, children can wear an engineer’s hat, and then create and illustrate a book about their findings. The museum is located in a decommissioned subway station at the corner of Boerum Place and Schermerhorn Street in downtown Brooklyn.

Shari’s Little Learners: The Children’s Museum of East End is hosting Shari’s Little Learners for a second session this month. The workshop kicks off on Monday, August 7th and goes every Monday, until August 28th. The 90-minute program is designed to introduce early concepts of cognitive, emotional, social, and language skills to foster a lifetime love for learning. It is geared toward parents with children 1.9 through 2 ½-years-old. The museum is located at 376 Bridgehampton-Sag Harbor Turnpike, Bridgehampton, New York.

Bonfire on the Beach: On Mondays in August, families can bring their beach blankets to North Beach in Seaside Heights, New Jersey, to enjoy the Bonfire on the Beach summer series. The activity begins at dusk and ends at approximately 11:00pm.

Thinkers and Movers: Summer Workshop: New York Live Arts is hosting its second annual Thinkers & Movers Summer Workshop. Each week focuses on a different set of ideas and stories to explore. Week 1’s summer workshop runs from August 7th through 11th, and Week 2 runs from August 14th through 18th. Interested participants can participate in Week 1, Week 2 or both. The venue is located at 219 West 19th Street, New York, New York.

Sunshine Days at Crossroads Farm: Crossroads Farm is hosting a day class program for children ages 6 to 11-years-old. Each three-week set in August highlights a different program ranging from insects, nature, and creative cooking. The first group takes place on August 8th through 10th, and discusses the residents on the farm. It is the closest organic farm to New York City, and is located at 480 Hempstead Avenue, Malverne, New York.

Centennial Saturday: March with Suffragists!: The Dimenna Children’s History Museum is bringing New York in 1917 to life! As part of their World War I Beyond the Trenches exhibition, the museum is bringing the women who won the vote in New York three years before the 19th Amendment to life. Depicted by Living Historians, families will discover about the variety of suffragists that fought for women’s rights. The event takes place on Saturday, August 12th and August 26th. Additional events at the museum include Eloise Storytime, running on Tuesdays through Fridays, until October.

Hong Kong Dragon Boat Festival: The 27th annual Hong Kong Dragon Boat Festival is taking place in Queens and other various parts of the country. It is a weekend-long affair, and will have traditional food, Chinese crafts, and martial arts demonstrations. Races take place throughout the day. This year, it takes place at Flushing Meadows Corona Park on Saturday, August 12th through Sunday, August 13th.

Heckscher Farm Animal Meet and Greet: Monday, August 14th is the last day to visit the Heckscher Farm Animal Meet and Greet. Children will get the opportunity to learn more about an individual animal/animal group per session. Additional programs at the Center include Edible Science, WILD! Feeding, and A Day in a Farm’s Life. A complete calendar can be found here. The Stamford Museum and Nature Center is located at 39 Scofieldtown Road, Stamford, Connecticut.

Teddy Bear Day: On Friday, August 19th, it’s Teddy Bear Day at Space Farms Zoo and Museum. Your child can bring a teddy bear to the center. At the zoo, children can feed animals such as bears, monkeys, ducks, and others. They can also enjoy a parrot show, where the parrots dance to “Twinkle, Twinkle Little Star” and “Row Row Row, Your Boat.” Space Farms Zoo and Museum is located at 218 County Road 519, Sussex, New Jersey.

Pirate Quest: On Saturday, August 19th and Sunday, August, 20th, trek to Philipsburg Manor in Hudson Valley for a swashbuckling good time. Children can hunt on the site’s grounds to discover treasure, have sword fights, and avoid pirates. This program is appropriate for children ages 5 to 8-years-old. Philipsburg Manor can be found at 381 N. Broadway, Sleepy Hollow, New York.

Traveling in the New York City of Tomorrow: Stop by the New York Transit Museum to visit their newest display about New York City on Saturday, August 19th. The museum is located in a decommissioned subway station at the corner of Boerum Place and Schermerhorn Street in downtown Brooklyn.

Storytime and Craft: Storytime and Craft is a recurring event on Sundays, and is recommended for children ages 10-years-old and younger. During the 90-minute program, children will listen to nature-inspired stories, and partake in botanically themed crafts. The Queens Botanical Garden is located at 43-50 Main Street, Flushing, New York.

Open Farm Day: Open Farm Day is open on Saturday, August 26th from 10:00am to 2:00pm at the Common Ground Environmental Education Center. During the four-hour program, children can sample the food in the learning garden, spend time with farm animals, and look for frogs at the wetland. The center is located at 358 Springside Avenue, New Haven, Connecticut. For families that are unable to make this date, it will be open through the last Saturday in November.

Make It Move!: As part of the Friends of the High Line, the Make It! festival series focuses on movement on Saturday, August 26th. Children can design moveable creations, learn a new dance move, and engage in other activities using the Children’s Workyard Kit.

Kids Food Fest: The 2017 Kids Food Festival takes place on Saturday, August 26th and Sunday, August 27th at a brand-new location this year. The festival is geared toward helping parents and children make healthier choices about eating through fun activities, such as the balanced plate scavenger hunt and hands-on cooking classes. Follow the webpage to learn more information about the venue and schedule of events.

Annual Brighton Beach Jubilee Festival: The 41st Annual Brighton Beach Jubilee Festival is hosted by The Brighton Neighborhood Association and will take place on Sunday, August 27th this year. It is the community’s only fundraiser, and attracts more than 125,000 people every year. The multi-block festival has multiple entertainment stages, kiddie rides, and a variety of cuisine to sample.

U.S. Open: The U.S. Open takes place from Monday, August 28th through Sunday, September 10th this year at Arthur Ashe Stadium. It is one of the four “Grand Slams” in World Tennis Tour.. If your kids are budding tennis players, on Saturday August 26th the US Open will host Arthur Ashe Kids day with a jam packed schedule of interactive games and family activities, opportunities to watch some of the world’s best tennis players and long list of musical performances and guest appearances by your kids’ favorite pop stars. To roam the grounds and enjoy the festival is free for all attendees young and old, and tickets for the stadium concert are only $10 for kids and $25 for adults and are available for purchase now.

Mondays at Madoo: A good way to keep your child’s imagination running is to participate in reading activities and events. Stop by weekly story time at the Hampton Library in Bridgehampton for interactive and engaging stories for children. Parents can try to fit in one last story time on Monday, August 28th. The Hampton Library is located at 2478 Main Street, Bridgehampton, New York.

Books Are Read to K-9’s: On Wednesday, August 30th, visit the Memorial Library for the opportunity to improve your child’s reading skills and show some attention to a trained therapy dog. The one-hour program is held at the Emma S. Clark Memorial Library, located at 120 Main Street, Setauket, New York.

At the Nanny Authority, our nannies are knowledgeable in age-appropriate seasonal activities and programs, so parents can feel at ease knowing that their children maintain a cultural, educational lifestyle when they aren’t around. To learn more about how we can assist you in your search for a professional nanny, contact us via e-mail or at 973-466-2669 today!